Because I needed a little more flexibility in my blog than what Blogger can give me, I've moved my blog to www.orangestoapples.net

I'd never consider myself an "avid reader".  Growing up, my brother would read the dictionary or encyclopedias "for fun" and could easily read 3+ books by the time I finished one. I wasn't big on reading challenges (e.g. "How many books can you read over summer/winter/spring break) considering I could never compete against my brother, but I did enjoy reading. I enjoyed the Babysitters Club and anything by Judy Blume (especially the Fudge books), but my absolute favorite was Invitation to the Game. My brother introduced me to the book, and I read it several times in a row.

One day during my freshman year of high school, I was packing up my supplies at the end of class, and pulled The Game out of my backpack to make room. My English teacher spotted the book on the side of my desk and came over. She picked it up, flipped to the back cover, looked at me, and said "Isn't this for babies?"

I. Was. Mortified. This was my favorite book! At fourteen, I didn't really know what a "demographic" was, and the target demographic was probably middle-schoolers, but I just knew I loved the book. But even still, as a freshman, I was only one year out of the "appropriate" age group. Regardless, I was so embarrassed I never touched the book again. And to be honest, I never really enjoyed reading after that. I got through most of high school by reading Cliffs Notes, and stopped reading any kind of book outside of the required curriculum.

In my twenties I read Harry Potter at the behest of my best friend, who was certain it would be something I enjoyed. I remember thinking how odd it was - she was a full year older than me! And she was reading a kids book! But she was my best friend, and if she was reading it, I could too. I still felt slightly foolish reading the books, but I fell in love with Harry, Ron, and Hermione and I fell in love with reading again.

I was hooked! I felt so accomplished and set out to read more. I chose the classics like Jane Eyre and Little Women and The Hobbit and all of the books my friends and parents and boyfriends recommended to me. But. I was never happy. I felt like I struggled through books and most of them I never finished.

For nearly a decade, my New Year's resolution was "Read 12 books this year". Can you guess how many times I succeeded? None. I've never read an average of one book per month. I can only assume this is because I was only reading read books that I feel will impress other people. I either disliked the books or was bored and stuck in boring chapters and I would simply stop reading. Don't get me wrong - I did actually find a few books I enjoyed (Hunger Games, Song of Ice and Fire, among others)

A few months ago, I got a coupon from Amazon to get a Kindle for $60 off - which meant I got my Kindle for $9 and free shipping with my Amazon Prime membership. Considering my Prime membership has a Lender Library to rent books for free, as well as a free new release download per month, I figured I'd give this reading thing another shot. I also decided that instead of "Read 12 books in 2014" I would read 15 books. FIFTEEN. I've never read 12 in one year! What am I thinking?

But do you know what else I decided? No more reading books to impress other people. I want to read books that I actually know I'll enjoy. I don't care if they're meant for middle-schoolers or adults, if I want to read a book, I will read it. Or at least try. A good friend once told me that it shouldn't matter what you're reading, as long as you're reading. And that's going to be my motto this year. I just wish I figured all of this out at 14 instead of 32.

Considering we're 11 days in to January and I've already read 5 books - I'd say it was a good decision to read books for me. Who knows, maybe I'll even revisit my old friend Lisse in The Game again.

Now tell me, what are some fun books you've read that you think I'll like. No promises I'll actually read them though.
Posted by emiliy at Saturday, January 11, 2014 No comments: 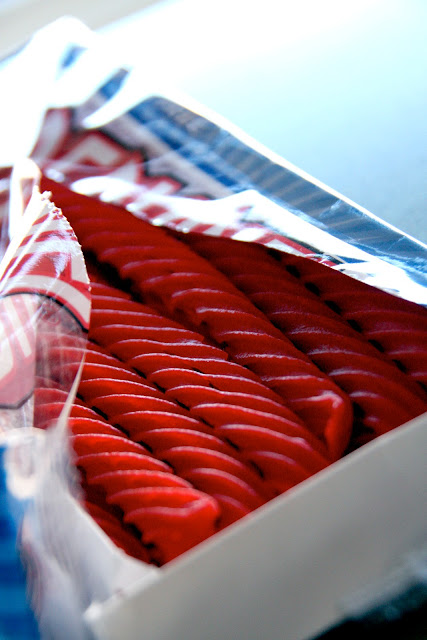 Posted by emiliy at Thursday, September 30, 2010 No comments: